You are here: Home FAQ 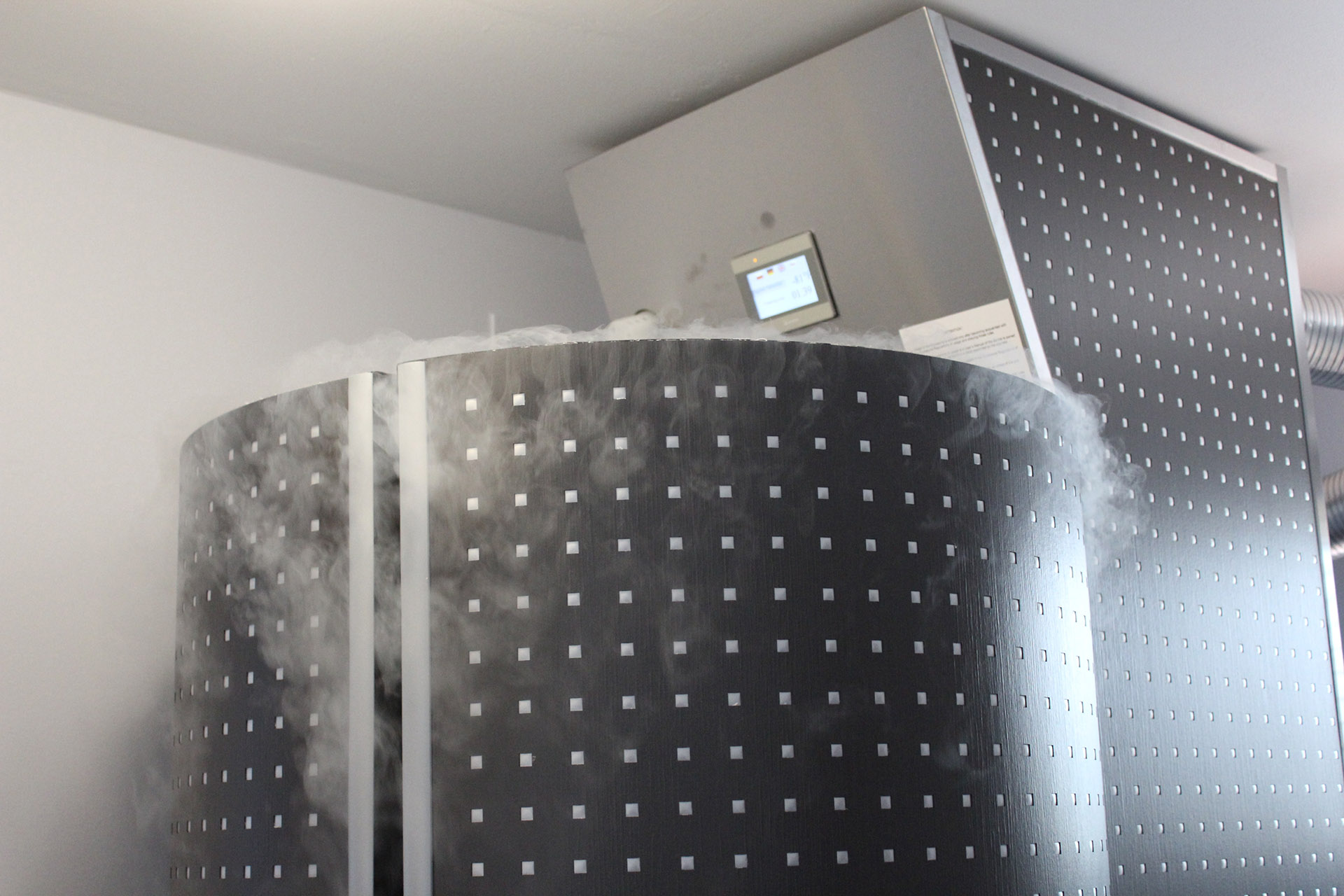 During the Whole Body Cryotherapy treatment, the body is exposed to ultra-low temperatures for a short period of time. The duration of treatment ranges from 1.5-3 minutes which is just long enough to lower skin temperature significantly, without any damage. The Cryosauna uses liquid nitrogen to cool the pod to temperatures between -166⁰F and -240⁰F, dropping the patient’s skin temperature between 50⁰F and 41⁰F. Clients never come into direct contact with liquid nitrogen, as it turns into a gas when exposed to air. The socks, gloves and slippers that are provided help prevent frostbite on smaller extremities. Although the patient’s external temperature drops significantly, his or her core temperature remains the same.

While you are in the Cryosauna, blood is pulled inward to the core, causing dramatic peripheral vasoconstriction. The skin receptors signal the brain to produce positive biological responses without causing any damage to tissue.  The skin reacts to the cold which stimulates neurological receptors that send messages to the brain to trigger the regulatory functions of the body. The brain sends out signals to scan all areas of the body, and is then able to acknowledge any areas that may need repair.

When you exit the chamber, blood is pumped vigorously around the body, which is now filled with higher levels of oxygen and nutrients. The oxygen opens areas of inflammation and sends the nutrients in to begin the repair process. This induces adaptive changes correlating with effects of analgesia, reduction of inflammation, accelerated tissue repair, and an improvement in removal of toxins. The cold also triggers the nervous system to release feel- good endorphins.